Follow this document as a reference for all LDAP based Identity Provider, including

Active Directory and FreeIPA have a prebuilt configuration in TRASA and are available in the Identity Provider menu.

To test for LDAP binding outside of TRASA, you can use ldapsearch in Linux systems or ldap.exe tool found in Windows server (under LDAP server configuration panel).

Digital Ocean and ldap.com has an excellent article to understand the basics of LDAP. If you are new to LDAP, make sure to read them first.

There are two things needed when integrating TRASA with the LDAP server.

Note that TsxVault must be already initialized and must be in an unsealed state. 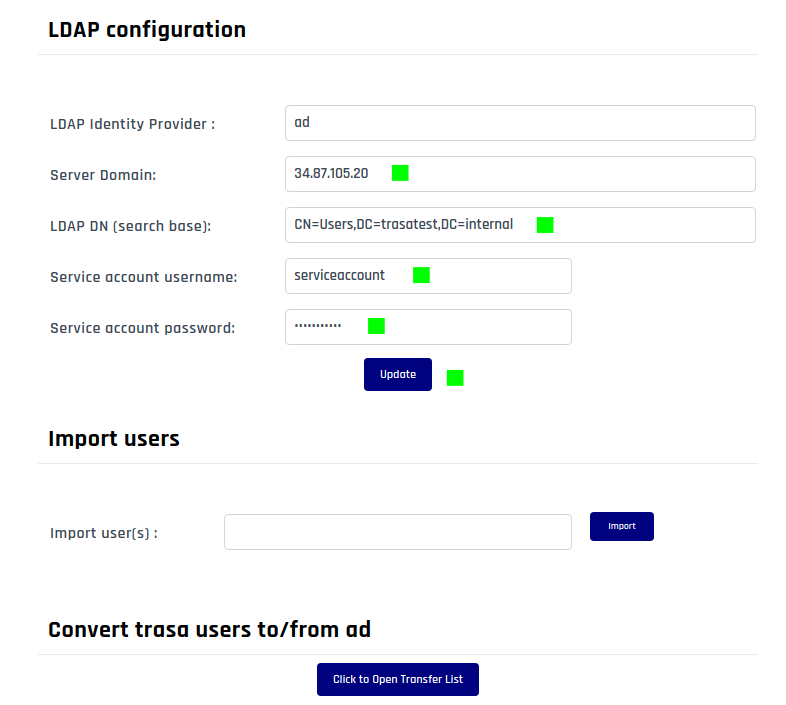 Provide the full path to the LDAP user group. As an example, here we have used user group name ldapgroup

If all went well, users from the LDAP group would be imported in TRASA. Users can use the same LDAP credentials to authenticate themself in TRASA